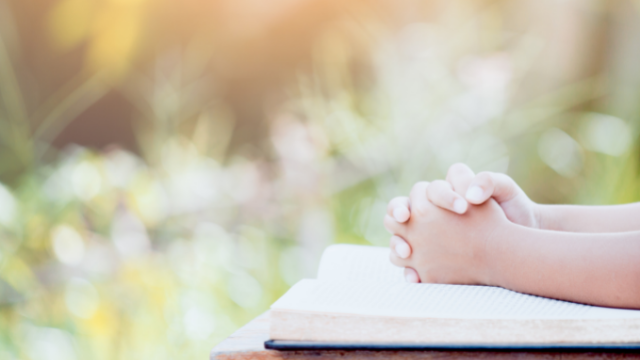 We can trace the history of the sinner’s prayer back to a few influential American preachers in the eighteenth and nineteenth centuries.  In the mid-eighteenth century, Eleazar Wheelock developed a technique he called the “Mourner’s Seat.” He reserved the front bench of the church for sinners who became the subject of his attention throughout his sermon as “salvation…(loomed) over their heads.” In the nineteenth century, Charles Finney promoted the use of an “Anxious Seat,” a pew on the front row of a church meetinghouse where penitent sinners would sit during the sermon as they awaited baptism. Finney’s method was criticized for its manipulative nature, so Dwight Moody developed the “Inquiry Room.” Penitent sinners would meet with counselors privately to study about salvation, after which they would pray together.

In the early 20th century, a preacher from Chicago, Billy Sunday, developed his spin on these techniques. First, he popularized what has become called “crusades” — preaching to large crowds in a tent or other venue. At the close of a fire-and-brimstone, “come-to-Jesus message,” Billy Sunday would extend salvation to sinners and offer a prayer. Sometimes he would invite the penitent to walk to the front of the assembly. Later on, Billy Sunday began shaking the penitent’s hands, claiming that shaking his hand signaled their intent to follow Christ (the idea of extending the “right hand of fellowship”). Billy Sunday also developed an influential tract entitled “Four Things God Wants You to Know.”

Billy Sunday connects us to Billy Graham, the famous crusader of the 20th century, who was converted by a Billy Sunday type crusade in 1935. As he began implementing the crusades pattern popularized by Billy Sunday, Billy Graham also adapted Sunday’s tract “Four Things God Wants You to Know” — Graham’s formula was called “Four Steps to Peace with God.” After the “Four Steps” was a prayer:

Lord Jesus, I need You. Thank You for dying on the cross for my sins. I open the door of my life and receive You as my Savior and Lord. Thank You for forgiving my sins and giving me eternal life. Take control of the throne of my life. Make me the kind of person You want me to be.

This is the origin story of what we now call the sinner’s prayer, a  history lesson that illustrates — and what will become more apparent in a moment — that the sinner’s prayer is a tradition developed and popularized in the last one hundred years in the American evangelical community.

However, the sinner’s prayer is also a tradition without Biblical precedent. Revelation 3:20 is a passage quoted by many to invite sinners to “ask Jesus into their hearts”:  “Behold, I stand at the door and knock. If anyone hears My voice and opens the door, I will come into him and dine with him, and he with Me.” Billy Graham’s website tells me, “You cross the bridge into God’s family when you receive Christ by personal invitation.” It goes on to tell me to, “RECEIVE, through prayer, Jesus Christ into your heart and life.” The instructions quote Revelation 3:20 to justify praying the sinner’s prayer.

But here is the problem with Revelation 3:20:  Jesus is talking to Christians, not to sinners in need of salvation. The church at Laodicea had grown lukewarm — materialism and affluence had made them apathetic. Jesus “knocking at the door” is an invitation to these lukewarm Christians to repent. They have already received salvation, but their sins have placed their souls in danger. So using Revelation 3:20 as an invitation to sinners to receive salvation through prayer takes the passage out of context.

In addition, the sinner’s prayer is found in no conversions in the book of Acts. When Peter was asked, “What shall we do to be saved,” in Acts 2:37, prayer is noticeably absent from the apostle’s command in verse 38:  repent, be baptized, be filled with the Spirit. As Philip preached Jesus to the Ethiopian eunuch in Acts 8:35, they happened upon some water; the eunuch expressed his desire to be baptized, so Philip baptized him, and the convert “went on his way rejoicing.” Paul baptized both the household of Lydia and the household of his jailer in Philippi when they believed. And when Paul discovered the Ephesians had never heard of the Holy Spirit, he urged them to be re-baptized in the name of Jesus Christ. In all of these conversion examples from the book of Acts, prayer, let alone the sinner’s prayer, is never mentioned. The pattern laid out for us in Scripture is to believe, repent, be baptized, and receive the Spirit.

Even the conversion of Paul — whose teachings on faith and grace are liberally quoted by practitioners of the sinner’s prayer — even he had a remarkably different conversion experience. Paul had his “come to Jesus” moment on the road to Damascus; blinded by the light, he was led by the hand to Damascus, where he spent three days fasting and praying. Then, a disciple living in Damascus, Ananias, received a message from Jesus by a vision:

Arise and go to the street called Straight, and inquire at the house of Judas for one called Saul of Tarsus, for behold, he is praying. And in a vision he has seen a man named Ananias coming in and putting his hand on him, so that he might receive his sight (Acts 9:11-12).