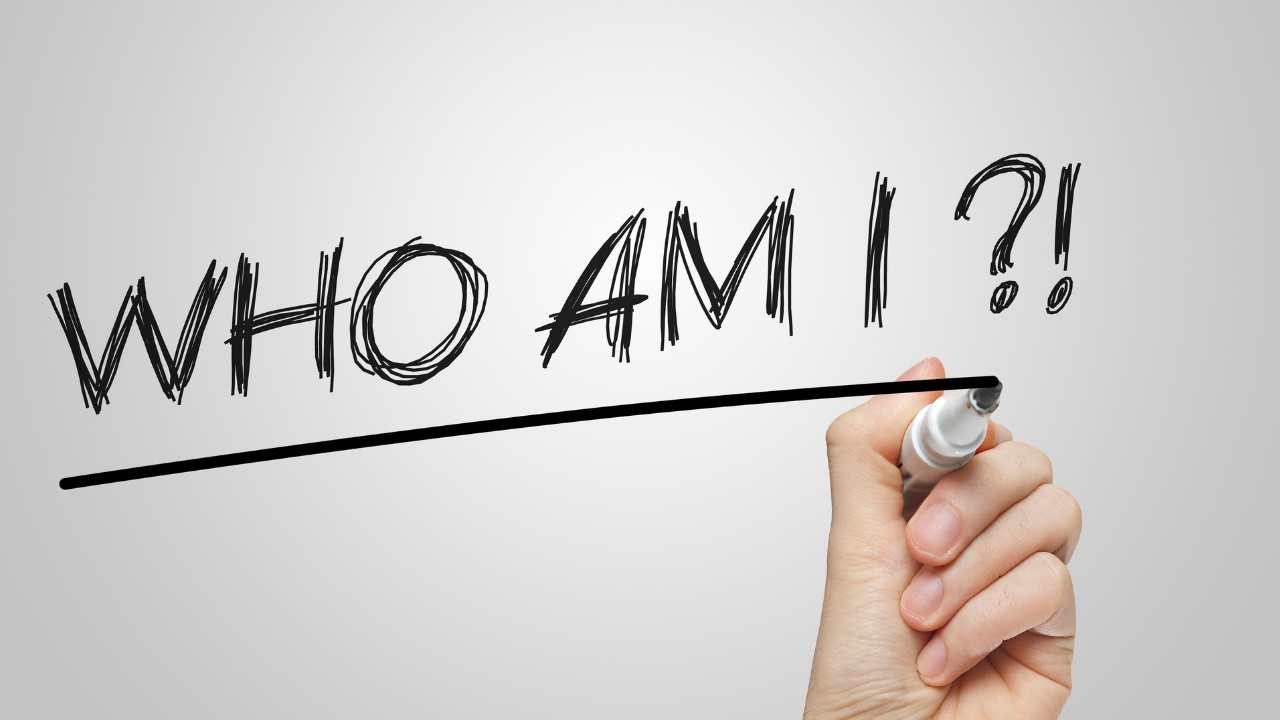 If someone asked you, “How do you define Christian identity,” how would you respond? I recently heard an insightful comment on a podcast I listen to regularly. During one segment, the participants discussed the issue of identity, a hot topic in our day and age. One of the participants observed, “Augustine (of Hippo, the esteemed theologian) would have never known how to answer questions of identity. The topic would have bewildered and confused him.”

I suspect many of us feel the same way. Having grown up in a different time, we may have never considered how to answer the question, “Who am I?” But in a day and age when people define themselves according to their sexuality, or their gender identity, or their choice of pronouns, or any number of other possibilities, Christians must have an answer prepared.

The evolving views of personal identity are rooted in what’s known as postmodern philosophy. In the 1950s, European philosophers (and some American philosophers) grappled with what the world experienced in World War 2. The philosophy we call postmodernism emerged, a critique of Western Civilization.

French philosophers impacted postmodern philosophy more than their contemporaries: Foucault, Derrida, and Leconte. But, for the most part, their writings are pretty challenging to read, and their philosophy was impossible to live by. Because it was so inaccessible and tended toward nihilism, postmodern philosophy seemed to die away by the late 1970s and early ’80s.

In the early 1990s, feminist and black intellectuals breathed new life into postmodernism. Women’s studies and black studies programs in universities began adopting tenets of postmodern philosophy. It crept into other disciplines like sociology and psychology and education. Eventually, its growth led to creating additional “studies” in American universities such as queer studies, gender studies, etc. By the 2010s, postmodern philosophy was the prevailing ideology undergirding much of the university experience in America.

These disciplines managed to adapt two principles of an unintelligible philosophy into simple but powerful and persuasive axioms. First of all, the truth cannot be known or attained. Therefore, in their estimation, absolute truth does not exist. Truth is left to the individual to define through such means as “lived experience. Since one cannot know the truth, power and hierarchies coalesced in societies to determine what can be understood and how it is known. Simply put, there is no absolute truth. Therefore, the powerful define the truth to serve their ends.

These two principles lead to four important themes retained from the philosophies of the postmodernists mentioned above.

Theme 1: All boundaries are blurred.

Categories like “male and female” are not real; they are inventions. Sometimes you will hear the phrase “social construct.” The powerful invent these “social constructs” to marginalize and oppress women, gays, transgender, and other minority groups.

Theme 2: Language is a part of the power structure.

Theme 3: All cultures are equal.

No one culture is superior to another. Those in the Western world have not risen to prominence because of a superior culture. Instead, we have used the oppressor’s tools better than our rivals. Superior ideals and values do not exist. All explanations for success in any realm reduce to power.

If I, out of conscience, object to the pronouns chosen by a person, I am in the wrong. Therefore, I must subordinate my rights as an individual, including the right to freedom of speech guaranteed by the First Amendment, to the desires of my neighbor. Why? Because he or she is a part of a marginalized group that Western culture has oppressed in its rise to the top.

Unlike the current manifestation of postmodernism, Christianity contends that identity is rooted in several objective truths.

Christian Identity: We are all created in the image of God.

Then God said, “Let Us make man in Our image, according to Our likeness; let them have dominion over the fish of the sea, over the birds of the air, and over the cattle, over all the earth and over every creeping thing that creeps on the earth.” So God created man in His image; in the image of God He created him; male and female He created them (Genesis 1:26-27).

Our core identity as human beings is we are all created in the image of God. Because God created everyone in His image, every human being is a “child of God.” So Paul says to the Athenians in Acts 17:29, “we are the offspring of God.” And, as the Scripture plainly says, there is one identity, but two genders. This is because God created both males and females in His image.

To be clear, the Bible does not draw any distinction between biological sex and one’s gender. The male and female genders reflect biological realities. Therefore, one may feel like he or she is of a different gender than his or her body. The feelings are real, but they are not reality from a Biblical point of view.

So God created human beings in His image with two genders, and because He created us in His image, we are all His children.

Christian Identity: We are of inestimable value in God’s eyes.

When Jesus said, “For God so loved the world,” He meant God loves every man, woman, and child of every skin color, sexual orientation, gender identity — and any other category we come up with — equally.

In this the love of God was manifested toward us, that God has sent His only begotten Son into the world, that we might live through Him. In this is love, not that we loved God, but that He loved us and sent His Son to be the propitiation for our sins (1 John 4:9-10).

Peter tells Cornelius in Acts 10:34-35, “In truth I perceive that God shows no partiality. But in every nation whoever fears Him and works righteousness is accepted by Him.” God does not play favorites. He values every human being. And He expects everyone to fear Him and work righteousness.

So, according to the Bible, “Who am I?” I am created in the image of God, of inestimable value to Him and His child by my humanity.

Christian Identity: We are born innocent, but sin corrupts us.

God made us in His image. But, unfortunately, we are corrupted because we live in a world ruled by sin and death. “Truly, this only I have found: That God made man upright, But they have sought out many schemes” (Ecclesiastes 7:29). Isaiah expresses it well, “But we are all like an unclean thing, And all our righteousnesses are like filthy rags; We all fade as a leaf, And our iniquities, like the wind, Have taken us away” (Isaiah 64:6). Peter begged Jesus, “Depart from me, for I am a sinful man, O Lord!” (Luke 5:8). “God be merciful to me a sinner,” the tax collector exclaimed in the parable of the Pharisee and the tax collector (Luke 18:13).

Though we bear the image of God, because of our choices, our failures, and our shortcomings, we fall short of the glory of God. We are sinners in need of redemption.

Christian Identity: Though we are sinners, in Jesus Christ, God makes us a part of His family.

Christ eliminates all distinctions we use to segregate ourselves from one another.

Regardless of gender, race, nationality, or socio-economic class, all of us receive the same inheritance in Jesus Christ.

It is essential to note the emphasis on inheritance. Paul very specifically says we are all sons of God. Why sons? Because in Paul’s world, sons were the ones who received an inheritance. Are you a woman? That doesn’t matter. The blood of Jesus makes you a son of God. Are you black? Your skin color doesn’t matter. God adopts you into His family and gives you the same inheritance He gives to every other color of skin. Are you poor? The amount of money in your bank account is irrelevant. God gives everyone the riches of heaven through Jesus. All of this happens when we are baptized in the name of Jesus Christ for the remission of sins. God clothes me with Christ, I am made one with Him and His body, and I am brought into the family of God.

So how does the Bible define Christian identity? Who are we from a Biblical worldview?

We are created in the image of God and His children by our humanity. We are of inestimable value to Him. We are sinners in need of redemption. And if we have been baptized in the name of Jesus Christ, we have been born into His family, adopted as His sons, and made heirs to the riches of heaven.